Partyforumseasia: After endless delays and technical maneuvers by his defense lawyers, the former Malaysian Prime Minister Najib Razak has been convicted to twelve years in jail and fined 50 million US$. The corruption scandal around the sovereign wealth fund 1MDB which cost him his office and his long-term ruling party the first election defeat in sixty years, erupted already in 2015. Outside the court house, thousands of supporters reportedly cried in sorrow and disappointment, while the convict repeated his mantra in the pluralis majestatis: “WE ARE INNOCENT”. He 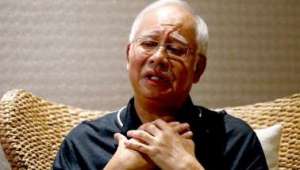 added, like his lawyer, that they have a very strong case because the real culprit, fugitive businessman Jho Low, did all that behind Najib’s back. So it was a conspiracy, none of the seven charges in this first lawsuit against the politician could be proven, he was not aware of the millions in his personal accounts, even shocked and dismayed when he learned about it, he did not ask the Saudi royals for donations, he did nothing illegal, not even anything wrong. High Court judge Mohamad Nazlan Mohamad Ghazali saw it differently and convicted Najib of all seven charges, proven by the prosecution “beyond a reasonable doubt”.
During the last few years, the money trail has been investigated internationally and especially in the USA, where Goldman Sachs on 24 July has agreed to a 3.9 billion $ settlement with the Malaysian government. The deal includes a $2.5 billion cash payout by Goldman and a guarantee by the bank to return at least $1.4 billion in assets linked to 1MDB bonds. The financial dimensions of this scandal are outrageous but Najib maintains his innocence.

The big question among Malaysians and regional observers is now whether Najib will manage to escape the prison sentence. The money cascade during his premiership has created dependencies and loyalties which are rekindled with the UMNO party joining the actual ruling coalition earlier this year. Prime Minister Muhyiddin Yassin declared that he respects the court’s decision and urges all parties to “have faith in the legal system and judiciary as a free and independent institution”. That faith will be seriously at risk if Najib should manage to wriggle out of the noose. His election loss in 2018 was very much triggered by anger and disappointment of the voters about the 1MDB corruption scandal and the daily corruption they could observe around them. And it would shatter the dream of a cleaner system among the Malaysians who don’t support Najib and UMNO. Bets are welcome, with money politicians do go far in Southeast Asia.

PS: Partyforumseasia has published a number of posts on the 1MDB scandal since 2016. If interested, please check under Malaysia.

1 thought on “Malaysia’s Najib Razak: “We are innocent””