The funny side of party politics:

Political suicide can start with arrogance….

Party Formation in a Nutshell:
The growing political science literature on political parties offers a lot of insight… but never so nicely cynical and easy to read as cartoonist Wiley Miller.

Partyforumseasia: Party-switching is not really new in the region and in Malaysia. National cartoonist Lat published these hilarious cartoons in 1992… 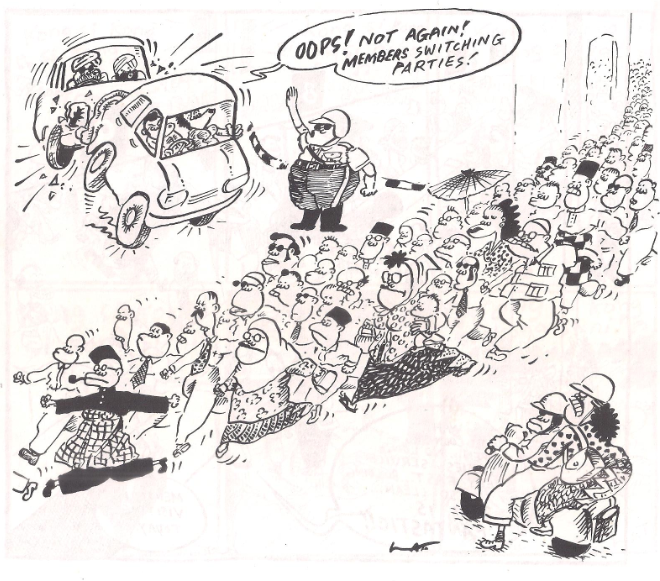 The following cartoons by Wiley Miller can be found at www.gocomics.com

If you can’t read the text just click on the cartoon to enlarge it.

Partyforumseasia: Some of the obituaries for Hugo Chavez mentioned his big ego (Hugo the ego) often attributed to high testosterone levels. Is this one of the secrets of leader- and followership?