Partyforumseasia: Efforts of the opposition coalition Pakatan Rakyat to overcome the racial dividing lines in Malaysia’s party system have met with considerable difficulties. The Malay candidates in the “Chinese” DAP were not successful in the party elections but two were coopted into the CEC. See the Straits Times report of 17 December 2012 here: 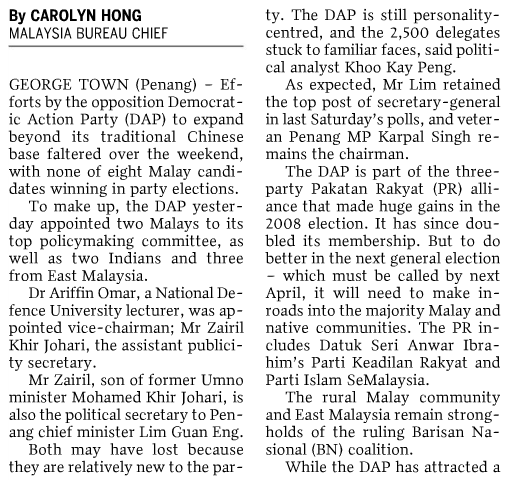