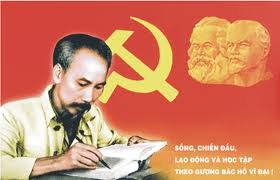 Partyforumseasia: The Roman Empire knew how to rule over not fully convinced people, at least for long periods. The realistic slogan “oderint dum metuant” (they may hate us as long as they fear us) expresses their approach to strong government.

In the case of Vietnam’s Communist Party fear is still an important pillar of their one-party rule… and an obstacle to change. Khanh Vu Duc, an overseas Vietnamese, describes the probability of change in an article published by  Asia Times Online on 6 Mar 13:
“Because Vietnam does not elect its leaders, the government’s power rests in the people’s respect for its authority. As long as the people continue to abide by the government’s established order, nothing will change.”
See the full article at Asia Times Online

Open question are:
1. Is there less fear in the younger generation?
2. How are fear and respect related?
3. Can authoritarian governments get more respect with less fear?