Partyforumseasia: Older voters have been mobilized world wide under the assumption that they are conservative and vote for the ruling party. PM Najib, concerned about retired top civil servants joining the opposition PR, tries to woo the over 700.000 retired civil servants with the promise of increasing their pensions if they support his re-election. The calculation that the oldies can bring in their spouses’ votes as well and yield up to 1.5 million votes for BN may be too optimistic, though. And according to the Election Commission, 2.3 million or 21.69 % of Malaysia’s 13.29 million registered voters are young first timers. Will it be old BN suppporters against young opposition voters? 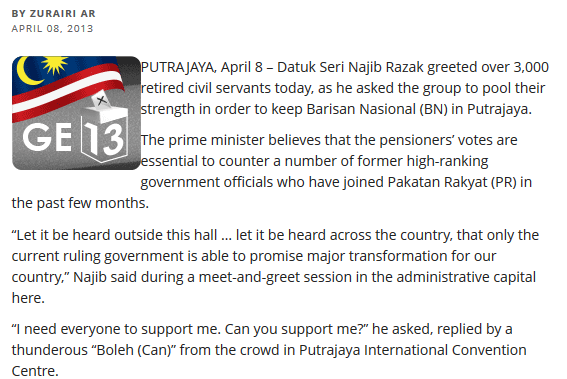