Partyforumseasia had taken up the pork barreling saga in the Philippines recently. 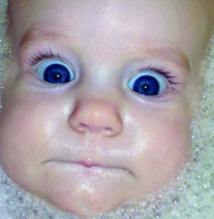 Yesterday, November 19th 2013, the Supreme Court has declared  the Priority Development Assistance Fund (PDAF) or pork barrel fund “unconstitutional”. Many concerned citizens welcome this decision with a sigh of relief, first letters to the editor thank the Lord for this decision.
See (link here) The Manila Times of November 20th.

For the political parties and politicians it will be a severe blow, cutting them off from the most important funding source for their activities and election campaigns. But their shamelessness in the practical handling of kick-backs from development funds in the billions of Pesos and millions of $ has triggered the loudest ever public outcry and the radical decision of the Supreme Court.

The question is now how the political system can find a legal and socially acceptable way of funding parties, politicians and election campaigns. As e.g. the German example shows, even generous public funding is not sufficient. In 2013 the “Campaign Cost Reimbursement” for political parties will amount to 154 million €, but the combined budgets of all eligible parties are being estimated at 450 to 500 m €. Donations are indispensable in every political system but not easy to control and protect against influence peddling and lobbyism.