Partyforumseasia:  With huge amounts of development aid and investments flowing into Cambodia, relatively low paid jobs and industries have been created, giving at least to the capital Phnom Penh a veneer of success and normality compared to the other big cities in the region. But underemployment and poverty are still too visible and contrast with posh villas and the big SUVs of the rich.  Belated trials against Khmer Rouge criminals in the Extraordinary Chambers in the Courts of Cambodia (ECCC) are bringing back memories but the younger generation is not very interested. The country has gone through so unspeakably cruel times and experiences that the older generation of survivors probably prefer to forget as much as possible. But the deadly memories may still linger in the social fabric of the country. 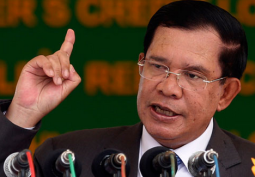 Prime Minister Hun Sen, a former Khmer Rouge cadre, is certainly not known for a soft style with political opponents. With his survival instinct he rules Cambodia since 1985 and ranks now as no. 7 on the “List of current longest ruling non-royal national leaders” world wide (Wikipedia). Two very recent news items, both dated 26 October and concerning Mr. Hun Sen are remarkable:

1. “Opposition lawmakers Nhay Chamroeun and Kong Saphea were beaten and severely injured by protesters outside the National Assembly on Monday morning during a demonstration demanding that CNRP Vice President Kem Sokha step down as the parliament’s vice president.”  According to the Cambodia Daily (Link here) the demonstration was supervised by heavy police presence, but the traffic police closer to the cars of the victims did not interfere. Prime Minister Hun Sen, himself confronted with protests in Paris, signaled from there that he respects the right to demonstrate, and an official of his ruling Cambodian People’s Party CPP denied that the demonstration was organized by them. Party spokesman Sok Eysan regretted that the demonstration got out of control but has doubts that the perpetrators can be found.

2. Under the headline “Hun Sen, Pondering Defeat, Has War on Mind”, the Cambodia Daily (Link here) reports a series of threats the Prime Minister is publishing for the case that the opposition Cambodia National Rescue Party (CNRP) should win the next election in 2018. Though CNRP leader Sam Rainsy has already announced that he would not remove the CPP supporters in the army and the public service, Hun Sen seems to feel that he has to dramatize the possibility of losing power already three years before the election. His horror scenario goes from civil war to the return of the Khmer Rouge. Probably one can trust his power and survival instinct. If he feels that early intervention is necessary to nip an opposition victory in the bud he must have sufficient evidence and background as well as secret service information. Sam Rainsy and Kem Sokha will take it as an encouragement, but the attacks on the two MPs should be a warning. There are no velvet gloves in Phnom Penh.

The latest from Cambodia Daily: 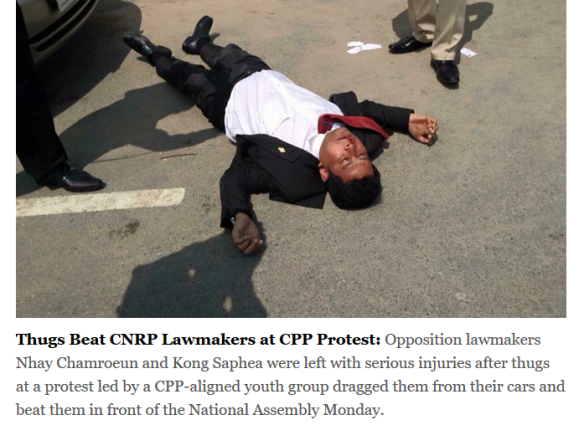 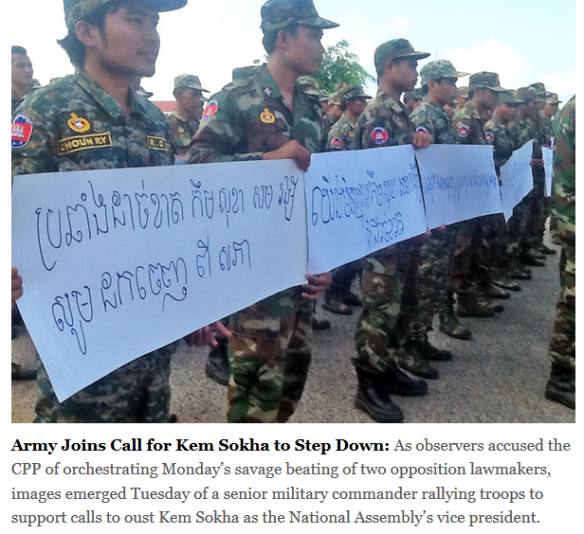