Partyforumseasia:  Political parties come and go, have ups and downs, win and lose elections. In many European countries, party systems which have been stable for many decades disintegrate, previously unthinkable coalitions demand all sorts of difficult compromises. In Germany, the Social Democrats with a history going back to 1863 and many years of dominating in government, are agonizing in federal state elections under 10% and with a helpless leadership. In Malaysia, now, it seems to be the turn of UMNO, 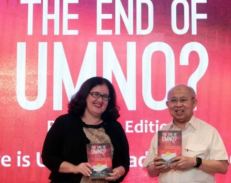 the dominant party for over sixty years. On 9 May this year, it lost more than an election. It obviously lost its soul and raison d’etre, its self-confidence and successively all its allies. From a coalition of 13 parties which helped to cement the grip on power for so long, only the former ethnic minority vote banks, Malaysian Indian Congress (MIC) with only two seats left in the federal parliament, and the Malaysian Chinese Association (MCA) with one, remained after the election. It is like the proverbial rats leaving the sinking ship, a question of survival for all of them. After a recent desperate attempt by UMNO to save the Barisan Nasional (National Front) coalition through getting the Islamist Parti Islam SeMalaysia (PAS) on board, the MCA is planning to quit as well.

to bring PAS into a new credible opposition coalition, is indicted with 45 charges of graft and corruption, following former Prime Minister Najib Razak and his spendthrift wife Rosmah Mansor. They all have not only lost the election and the trust of the voters but are all moving closer to prison. The intricate, complex and corrupt financial network which provided unlimited campaign funding for their  coalition, needs time to be sorted out by the Malaysian Anti-Corruption Commission.
On 20 October, Umno veteran Razaleigh Hamzah (in the picture on top) launched a book on “The End of UMNO”, edited by Prof. Bridget Welsh, a prominent and outspoken scholar specializing on Southeast Asian politics. But in an interview she cautioned that so far only the Najib-style corrupt UMNO is dead and that the party could survive with new leaders and younger members. These, though, are turning away according to the media.

Meanwhile, Anwar Ibrahim’s Parti Keadilan Rakyat (PKR), the new main ruling party, has its own teething problems. Trying to be the democratic model party in contrast to UMNO’s top down style, PKR is now running its internal leadership election. Its 800,000 members can vote over more than two months, and for the first time in an electronic voting

system which does not function without glitches all the time. The stakes are high because party president Anwar Ibrahim is supposed to be Prime Minister within the next two years. Once he well be in office, many government positions will be available for the leaders elected now. So, claims of irregularities, even bribing, have been reported, but also violent clashes between rival supporter groups. Malaysia’s changing party landscape will need some time to cool down and normalize. 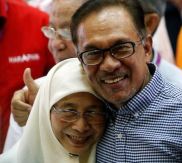 After winning the by-election

Partyforumseasia:  Few politicians have gone through more suffering and humiliation than Anwar Ibrahim. After convincingly winning a by-election in Port Dickson on Saturday, 13 October, Anwar is on the way to Malaysia’s premiership he was so close to already 20 years ago. In 1998, as deputy Prime Minister, he fell out with his “boss” Dr. Mahathir Mohamad, who sacked him rather unceremoniously, accusing him of corruption and sodomy. At that time, money politics was just starting in big style in the country, and the following sodomy trial was unspeakably tasteless with a mattress being carried into the court room etc. Convicted to nine years in prison, Anwar was freed in 2014 when the supreme court overturned the sodomy conviction. But the bad treatment, a striking symbol of it being Anwar being beaten up in prison and coming to court with a

black eye, also triggered massive street protests and calls for reform. It facilitated the formation of a reform party called Parti Keadilan Rakyat (PKR) or People’s Justice Party in 1999. Its success in the general election in 2008 was followed by another controversial sodomy trial and Anwar landed back in prison. After altogether 11 years in jail, the politician is unbroken and ambitious and charismatic as ever. After the May 2018 surprise defeat of the eternally ruling UMNO party, and his former nemesis, Mahathir Mohamad back as Prime Minister at the age of 93, Anwar is now back in parliament and, reconciled with Mahathir who even campaigned for him in the by-election, supposed to succeed him within the next two years. The PKR was led during Anwar’s prison time by his wife Wan Aziza, and survived all attacks under the premiership of Najib Razak, who may well end up in prison himself any time soon.

Now the biggest party in parliament, the PKR is starting to reap the usual benefits of power. Its membership has nearly doubled to 900,000 compared to the landslide election on May 9th, and very probably the donors are queuing, including the ones who used to fund UMNO before and try now to save their lucrative projects with the government. PKR and Anwar himself are symbols of political perseverance and eventual success, paying a hefty price during their struggling years but also being successful because of severe political mistakes of the Najib government and its rampant corruption. Whether the banned CNRP opposition in Cambodia might be encouraged by the success of PKR is therefore a big open question.

Partyforumseasia:  After six decades in power, not only the ruling UMNO party could no longer imagine to lose an election. As usual they had done everything to make sure they would win another mandate, especially by financial largesse with the traditional vote banks like 1.6 million civil servants or rural settlers on land distributed by earlier governments. The political guru community, including Partyforumseasia, was also believing that the Barisan Nasional (National Front or BN) could not afford to lose, because its internal money cascade, fed by contracts and a huge network of Government Linked Companies (GLCs), would create havoc for the country’s economy. Everybody was wrong, including the opposition, which had not really imagin 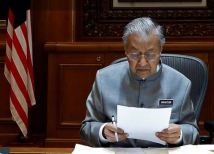 ed that they could win so decisively. But, against all pessimists, the regime change was home-made and opposition leader Mahathir Mohamad was sworn in only hours after the election result was out. At the age of 93, the reactivated statesman is now the oldest chief of government in the world.

The signs of a possible defeat had been on the wall since 2008, though, when the results started to nosedive and money politics and the heaviest geryymandering did not work as planned any more in the British-inherited first-past-the-post electoral system. The May 9, 2018 results were 113 seats for the Pakatan Harapan (Alliance of Hope) opposition coalition (+45) and 79 (-54) for the losing BN coalition.

enough, but also tried to leave the country. Citizens rushed to the airport to prevent that, but soon the new government banned him from leaving. When police investigated a number of Najib’s houses in Kuala Lumpur, the worst suspicions of the citizens were topped by what they found. Confiscated cash and valuables amounted to RM 702 million or US$ 170 million. Especially the notoriously spendthrift wife of the ex-PM was exposed as a colossal liability. But above all, the ongoing investigations in the sovereign wealth fund 1MDB turned out to be a deeper reason for many faithful Malay UMNO voters to vote for the opposition in order to get rid of Najib. In post-election polls many of them admitted that they were disappointed with the party because of the blatant corruption on all levels. 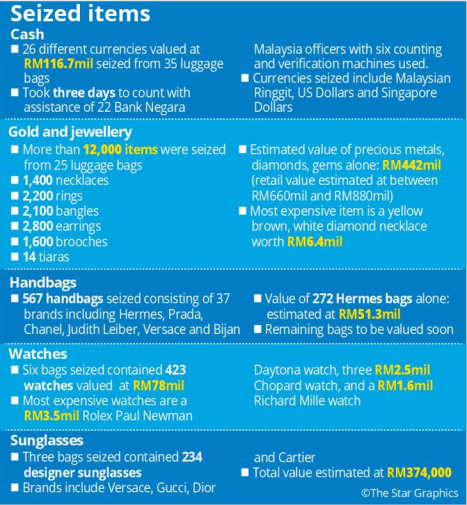 Is there a way out? First results of the party convention last weekend:

As usual, election losers are also losing their appeal to members and supporters. Defectors have joined the new government coalition, among them five elected UMNO law makers and rather prominent party figures, including two former ministers. Since practically all signs of the ongoing international investigations, searching for evaporated billions of US$, are pointing toward Najib. The regionally unmatched* extent of money politics by UMNO and its cronies might even lead to the deregistration of the party. Najib maintains that he is innocent which may not even be formally incorrect because party finances are practically unregulated in Malaysia. But he is charged with numerous counts of breach of trust and others, his wife as well. Free on bail, he is still participating in UMNO activities and even enjoys support from party members, but too many Malaysians are expecting to see him in jail. Assets and accounts of the party are frozen, and more party leaders may be indicted.

The deregistration is a warning by UMNO strongman and former deputy chairman and deputy Prime Minister Ahmad Zahid Hamidi, 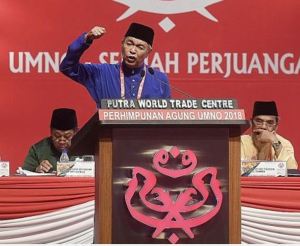 who took over when Najib resigned a few days after the election. Whether this will prevent further defections or even increase them is unclear at the moment, but the party leadership made unity a priority during the party convention which ended Sunday 30 September. One instrument to retrieve some funds will be to ask defectors to pay back their campaign expenses shouldered by the party. The call to give back their mandates will be in vain because this is not in the electoral rules and regulations.

All but two of the formerly twelve component parties have left the BN-coalition, and a closer partnership with the second Malay party, Party Islam Se-Malaysia (PAS) is being discussed without a consensus in sight. The openly Islamist PAS which, among others, campaigns for the extension of Shariah punishments, has been a long-term competitor of UMNO for the same voter spectrum, predominantly conservative rural Malays. Unlike the money obsessed UMNO, PAS has managed to keep a frugal image, but even together the two parties have no power perspective.
More confusing for the 5,700 delegates of the weekend convention were ideas of a rapprochement with the new Pakatan Harapan government and a possible “unity government”, ventured by Zahid. It sounds unreal, but the new Prime Minister, Dr. Mahathir Mohamad, has been UMNO president for more than twenty years and he was the one who made it as strong as it was before Najib ruined it, mainly with the huge 1MDB finance scandal and the way he managed to hide details for three years. Media and politicians are soul searching by now how they could believe the excuses of Najib, that the 700 million US$ in his private accounts were a donation by Saudi royalty…

The closing speech of chairman Zahid Hamidi on Sunday revealed that his attempt to unify the party is anything but finished. He urged the party to respect the decisions of the supreme council. “We want to bring UMNO back to life. Don’t poke holes in the ship and let it sink. If that’s the case, then you are a traitor to the party. Have some decorum when you want to criticise. This is Zahid, full stop.” This quotation has been published by the Star newspaper, belonging to the remaining component party Malaysian Chinese Association (MCA) which won only one seat in the May election. Without the power of unlimited political funding and the money cascades being distributed by Government Linked Companies (GLCs), an authoritarian leadership style will be difficult to uphold. And having the ambitious former youth leader and former minister in Najib’s cabinet, Khairul Jamaluddin, who ran for the presidency without success, on his heels, Zahid will have to struggle to keep the party together.

Political activities on the ground are continuing nevertheless. Anwar Ibrahim, pardoned by the King and released from a longer prison term for alleged sodomy, has made peace with his former nemesis, Mahathir Mohamad, and is supposed to succeed him as Prime Minister within the next two years. He is campaigning now in a by-election in Port Dickson to join parliament and qualify for the succession. UMNO has declared to boycott this by-election, but Anwar will face six other candidates, among them the former aide who pretended being sodomised by Anwar… 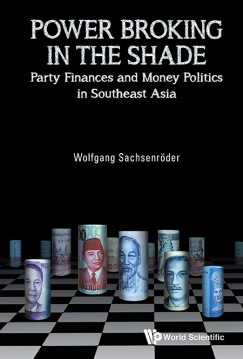