Partyforumseasia: Was it a PR-coup and a calculated provocation of Prime Minister Prayut Chan-o-cha or simply a miscalculation? With obviously launched rumors that the just three months old Thai Raksa Chart Party was going to nominate a very important person as its nominee for Prime

Minister in the upcoming election on 24th March, the media attention was guaranteed. The bombshell exploded on the last possible date for the nomination last Friday, February 8, when Thai Raksa Chart’s leader Preechapol Pongpanit opened a brown envelope and presented as a nominee the former princess Ubolratana Rajakanya Sirivadhana Barnavadi, the elder sister (67 years old) of King Maha Vajiralongkorn. Royal Prime Ministers are rare, but Bulgaria’s former king, Simeon II, was PM from 2001 to 2004, and Prince Norodom Sihanouk of Cambodia from 1955 to 1960. 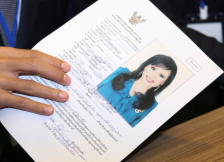 The political bombshell of Princess Ubolratana’s candidacy was the clash in Thai politics between the royalist and military camp and the still strong lingering support for ousted PM Thaksin Shinawatra. Thaksin, PM from 2001 to 2006, perfected money politics and secured faithful voters in the rural areas as the first Bangkok politician to take care of them. Multi-ethnic Thailand has more than 50% dialect speaking minorities which are sensitive to official neglect and reduced job opportunities. They were the key to Thaksin’s stunning electoral successes and the popularity of the serial re-incarnations of his original Thai Rak Thai party.

A special feature in the ongoing election campaign is the split of the Thaksin party reincarnations. It is a strategic move of his followers to maximize their chances in the new electoral system which is clipping the wings of bigger parties. Thai Raksa Chart is fielding 175 candidates, and many bigwigs of the other Thaksinite Pheu Thai Party have joined.

The coup triumph with the royal top candidate was short-lived. The King intervened within the day and declared his elder sister’s candidacy as highly inappropriate and even unconstitutional since she is still considered a part of the royal family though she renounced her title decades ago when she married an American. But divorced and back in Thailand, she has participated in royal ceremonial functions. A singer and TV presenter, she is also popular for chairing and promoting charities. But she is not known for any special qualifications in politics.

As a result of this highly theatrical political episode, the future of the Thai Raksa Chart Party may be threatened by dissolution. As a failed coup, if Thaksin has been behind, it will definitely push the candidacy of former general Prayut, the incumbent Prime Minister. 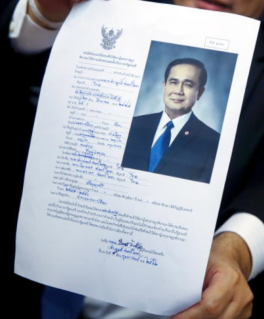