Partyforumseasia:  Dr Mahathir Mohamad does not look his age of 92, and the unrelenting campaign he is leading against Prime Minister Najib Razak seems to invigorate and energise him even more. During his 22 years (1981 – 2003)

as Prime Minister he was not known for being too choosy with policies and actions against competitors and the opposition. His training background as a medical doctor was often used to explain the surgical precision of his shrewed and decisive political maneuvres.
Controversial as his tenure was on the one hand, Malaysia’s economic progress during the Mahathir years remains undisputed on the other. Some projects have seen less than lasting success, like the creation of a home-grown car industy, the Proton Saga, but under his supervision Malaysia has seen enormous growth and modernization.
Politically, the racial imbalance of the country had led to affirmative action in favor of the Malay population long before Mahathir, but he refined the system in a way that secured the dominance of his UMNO party until today.
After engineering the ouster of his immediate successor, Abdullah Badawi, in 2009, Mahathir has now turned against Prime Minister Najib Razak. He left UMNO and founded a new Malay party, Parti Pribumi Bersatu Malaysia (PPBM) in January 2017.
For such a young party, the organizational progress is impressive. According to one of the leading internal political analysts of Malaysia, Wan Saiful Wan Jan, head of the Institute for Democracy and Economic Affairs (IDEAS) and at the moment reseach fellow at the ISEAS Yusof Ishak Institute in Singapore, PPBM has established divisions in 137 out of 165 parliamentary constituencies in Peninsular Malaysia, and about 200.000 membership applications of predominantly younger people. See Wan Saiful’s latest analysis in Singapore’s Straits Times on 1 January (LINK).
PPBM, translated as Malaysian United Indigenous Party, is eyeing the Malay core voters, who, so far, have been voting for the ruling UMNO or its Islamist competitor PAS. The question is, of course, whether the unhappiness with the prevailing level of money politics and corruption can divert traditional UMNO supporters, who are not close to the PAS fundamentalists either, into voting for PPBM in the upcoming election due by August. Mahathir’s role as opposition leader is curtailed by the co-operation with the predominantly Chinese Democratic Action Party, which has been successfully defamed as anti-Malay and anti-Islam by UMNO propaganda. 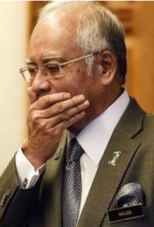 UMNO, however, does not take its victory for granted, and is setting everything in motion to weaken all the splintered opposition forces which it had already seen as toothless with former leader Anwar Ibrahim in prison and by getting closer to PAS which has left the opposition coalition. The newest re-delineation of constituency boundaries shows that the old gerrymandering tricks are being refined again. Malaysia’s level of malapportionment is rather unique and still growing.
For Mahathir the fight is more than uphill, but his energy at the age of 92 is remarkable, and his charisma and image are still working some magic and pulling the crowds. His determination to topple the Prime Minister might convince more voters than the polls predict by now that the UMNO system is detrimental for the country. But Najib and his cronies can be expected to do more than it needs to defend their dominance and the financial network.