Partyforumseasia: Officially launching the NLD election campaign yesterday, 8 September, democracy icon and party leader Aung San Suu Kyi did not sound as confident of a clear victory as most observers predict it to be. 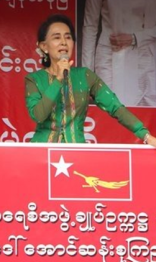 Asking the international community to monitor the election intensely and carefully shows her fears that military and USDP under president Thein Sein will try to manipulate the vote again after NLD’s accusations that the 2010 election was widely rigged. But the NLD had boycotted it anyway. As in other elections in the region before, parachuted international observers will have a limited understanding of the technicalities and equally limited access to remote areas. But an immediate effect of her appeal for international support is the anger of the military which in any outcome will have 25% of the seats in parliament and far reaching veto powers.
Aung San Suu Kyi’s widely criticized silence in the Rohingya issue was followed by a top level decision of her party not to allow Muslim candidates, even in predominantly Muslim areas. This, on the other hand, underlines her fear of antagonizing the Buddhist nationalists and their spearhead organization Ma Ba Tha, or Association for the Protection of Race and Religion.
For a decisive victory the NLD will need support from the parties of the ethnic minorities who may not be too keen to sacrifice their regional interests to the democratic battle cry of the NLD, though they all hate the military. Forging a pro-democracy and anti-military election coalition among the ninety (90) odd parties contesting this election is more than a herculean task for Aung San Suu Kyi.
Many voters are confused anyway, the NLD’s

peacock symbol being used by at least half a dozen other parties as well.

Even with a sweeping victory for the NLD, Aung San Suu Kyi will have no chance to sideline the military. Ex-general and president Thein Sein has signaled his interest to run for another term in 2016 and his ouster of USDP party chairman Shwe Mann for being too cozy with Aung San Suu Kyi does not augur well for a viable arrangement between the two big players after the election.
With neighboring Thailand in a potentially explosive limbo between militarily supervised calm and democratic renewal as well as Malaysia with an increasingly shaky UMNO government, a more stable Myanmar would be preferable for the region and the investors. 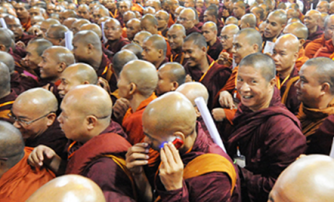