Partyforumseasia: Thailand’s ruling coalition under ex-general Prime Minister Prayut Chan-o-cha may have carefully observed the two recent examples in the immediate neighbourhood: The bad one in Malaysia, where PM Najib Razak was defeated by the opposition and is facing 42 counts of breach of trust and money laundering in court. The other neighbour, PM Hun Sen in Cambodia, has simply eclipsed the opposition and the threat of losing the next election by asking the constitutional court to dissolve the Cambodia National Rescue Party.
Starting after the March 2019 election in Thailand with the proverbial wafer thin majority of his 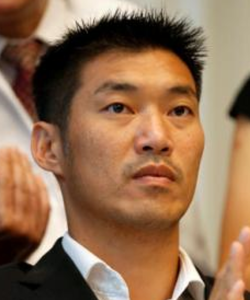 coalition with altogether 19 parties, some of them with one seat only, the Prime Minister did not hesitate to weaken the opposition. The first victim was Thanathorn Juangroongruangkit, leader of the Future Forward Party, the youngest and surprisingly third strongest party winning 81 seats in parliament,  behind Pheu Thai with 136 seats, and PM Prayut’s Palang Pracharath Party with 116. Future Forward was a big success among the younger generation, and its leader Thanatorn, a 41-year-old auto part and media tycoon, is most popular. A poll published by Thailand’s National Institute of Development Administration (NIDA) beginning of January, saw Thanathorn and his party as the most promising next Prime Minister and FFP as ruling party, which must have been an alarm signal for the Prayut-Government. Thanathorn lost his mandate for several technicalities prohibited by the Election Commission and was disqualified by the Constitutional Court already in November 2019, but the next hit was already coming:

overthrow the monarchy, and (sic!) alleged that the party is linked to the Illuminati, an occult group seeking world domination. The FFP logo, he argued, looks suspiciouly similar to the Illuminatis’ all seeing eye…

Fortunately for its own and the image of Thailand, the Constitutional Court, yesterday, 21st January, dismissed both allegations. The party was not dissolved, but should be cautious. Immediately after the acquittal, jubilant supporters were chanting “Future Forward Party, fight, fight! Gen Prayut, get out! Dictatorship collapse, long live democracy.’’ The government and the military-monarchist bloc won’t like and won’t forget that.