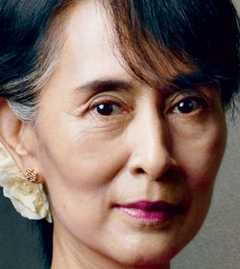 Partyforumseasia: The long way from prison and house arrest to the presidential palace seems to open up for democracy icon Aung San Suu Kyi, “The Lady”. At the same time, her leadership of the National League for Democracy (NLD) comes under criticism by former supporters. “Foreign Policy” in its May/June edition (pp 32-34) publishes an article by Min Zin with the telling title “You Can’t Go Home Again”. The author, a former student activist in Burma, is now a journalist based in California. His feelings are nostalgic and disappointed at the same time when he comes back to a changed country: “And the more I spoke with Burma’s intellectuals, with the dissidents who had struggled alongside me so many years ago, what I heard was not simply joy about a country finally opening up to the world (…) but also the striking disappointment, in particular with our beloved Aung San Suu Kyi. (…) Today (…) even among those who love and respect Aung San Suu Kyi, her sainthood appears tarnished by an increasing aloofness and distance from the rest of the political opposition. Her leadership style makes her unapproachable. In the party congress of her National League for Democracy, held in March – the first in more than 20 years – she alone handpicked her central executive committee. But even worse than this worrying authoritarian streak, she seems willing, even eager, to please the former generals at the expense of moral and political principles. One of the most striking examples is her silence on the racist discrimination and violence against the Rohingya Muslim minority…”.
Exile, that shows history everywhere, makes it hard to leave the difficult past behind and see the new reality with open eyes. Many exiles remain bitter and may (often secretly) expect a compensation for their sufferings, one that Aung San Suu Kyi seems to be getting now.
But Min Zin’s question remains valid: What type of party will the NLD be in the next few years and how will The Lady and her handpicked executive committee lead it? The transition from decades as suppressed opposition to ruling a difficult country will not be easy.